Looking at Flickr and how images and text work together. 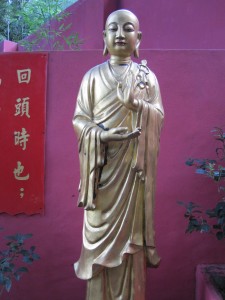 Multi lingual nature of Flickr- people take pictures in one language and put comments in another. Use different languages in profiles for different purposes. People participating in a global culture via Flickr. Some people use English only on the computer.

Dynamics are different for comments. Comments might be in languages the photographer might not understand. Generally respond in language of comments or English.

For tagging, people use many different languages so can appeal to greater number of people. Chinese users other different Chinese characters to appeal to more people.

People weren’t asked about learning ii interviews but it came up often. Learning by sharing photos and learning through looking at others photos. Learning via feedback on photos. Demonstrate situated view of learning- learning with this, self-motivated and problem solving by doing.

Other platforms such as twitter and Facebook are converging. Multi modal in that have areas where can upload images and enter text. Again people enter text in different languages. People using facebook by imitating others.

Experiences that would have been private are now public and people are projecting a global identity and aware of themselves as global citizens. There practices are vernacular or local but simultaneously cosmopolitan.